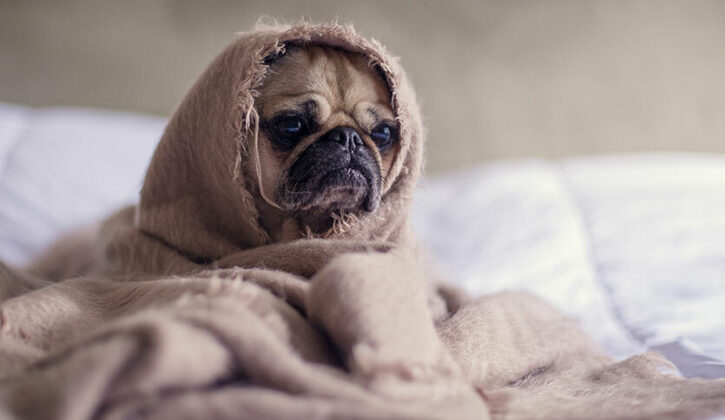 Medical Director, Dr. Elizabeth Welch, explains what Pyometra is and how to protect your pet against it.

A pyometra is essentially an infection inside the uterus of female dogs and cats. It is usually happens following a prolonged heat cycle in older females, but can also occur after a failed mating or artificial insemination. Bacteria usually likes areas of inflammation so it will inhabit the uterus and can cause a large amount of pus to fill the tubular structure of the uterus.

This is what Pyometra looks like in a female dog that we fixed at Spay Neuter Charlotte. The uterus swells to multiple times its size.

Pyometra is most definitely life threatening and requires emergency surgery. Dogs and cats can become extremely sick and the bacteria from the infected uterus can get into their bloodstream which can lead to death if not treated immediately. Signs that your dog or cat may have a pyometra include, but are not limited to, bloody or purulent discharge noticed around their vulva or hind end, constantly licking under their tail, vomiting, anorexia, lethargy, etc. If any of these signs are noticed you need to get your animal to a veterinarian immediately. Pyometra is typically diagnosed during a physical exam. Sometimes x-rays are needed if the dog is sick and there is no discharge noted. If there is no discharge that means there is a closed infection and the chance of the uterus rupturing is very high.

Here is another example of what pyometra does to a uterus.

If this occurs, your animal will die. The best way to prevent a pyometra, and maintain the health of your pet, is to spay your animals early.

A recent case presented to Spay Neuter Charlotte is a dog named Smokey. She is a 9 year old female, intact (meaning she was not fixed) Weimraner that was referred by her primary veterinarian, after a diagnosis of a pyometra was made. The owners called us pleading with us, that if we could not perform Smokey’s lifesaving surgery, that she was going to be euthanized because they could not afford to do emergency surgery in a private setting. We agreed to perform the risky surgery on her, but also communicated the high risk of the procedure and the outcome may not be a good one. She had a fever of 104, she was very lethargic and dehydrated when we first saw her. During surgery she was given IV fluids and antibiotics to help combat the massive infection that was making her sick. Her uterus was 5 times the normal size and was about to tear causing a leakage of the pus in her uterus into her abdomen. This leakage would have killed her. We performed the surgery, but her recovery was not without incident. She had trouble regulating her body temperature and blood pressure during recovery. She was sent to the emergency clinic overnight to continue receiving fluids, IV antibiotics and pain medication until she began to feel better. Smokey was discharged the next morning, feeling much better and alive.

Smokey's survival is a success story, but I wasn’t so sure she would survive with how sick she was when she entered our clinic. Emergency surgeries are not something that we like to perform in our spay and neuter setting. Pyometras are completely avoidable by spaying your females early. Not all of these surgeries have a happy ending.